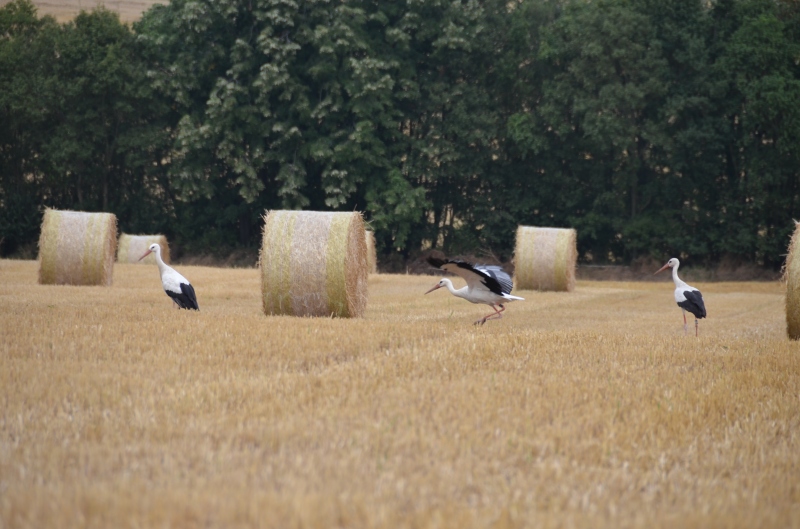 The recent population explosion around here has left us with a surfeit of storks (I have it on v. good authority that that’s the collective noun.)  which are making steady inroads into the resident rodent and amphibian population following the grain harvest.

They’re a bit work shy, though, skedaddling as soon as they see you (just in case you’re part of the ankle-biter logistics chain)

A bit like a guy who worked for me once.

He was overheard bemoaning the fact that he “hadn’t ducked quickly enough” when I delegated him some work.

10 Aug This entry was published on 10 August, 2013 at 13:00 and is filed under Agriculture, Mainz, Nature. Bookmark the permalink. Follow any comments here with the RSS feed for this post.