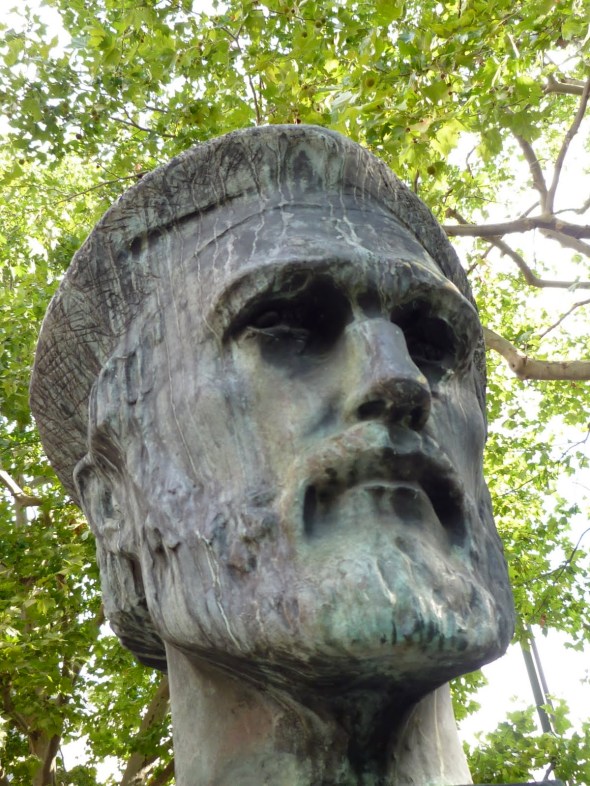 “What the world is today, good and bad, it owes to Gutenberg. Everything can be traced to this source, but we are bound to bring him homage, … for the bad that his colossal invention has brought about is overshadowed a thousand times by the good with which mankind has been favored.” Mark Twain

Johannes Gensfleisch zur Laden zum Gutenberg?
Man of the Millennium?
The first European to use movable type and the inventor of the printing press?
The reason that you’re able to be reading this?
Yes?
Local boy.

In 1900, a group of right-minded citizens built a museum to honour his 500th birthday (give or take a couple of years…) with a collection of books, apparatus and machines donated by publishers, manufacturers of printing machines and printing houses. 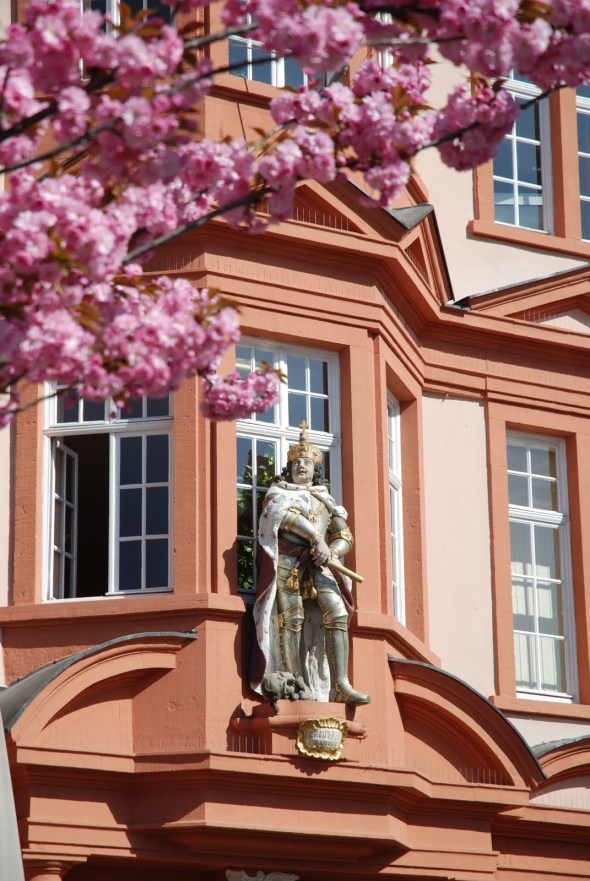 Initially a department of the City Library, it moved to the new library building on the Rheinallee in 1912 and then separated in 1927 to its (almost) final location in the Römischer Kaiser, a Renaissance building dating back to 1664 and originally part of Zum Marienberg, a private palace built by Edward Rokoch, a leading light in the business world at the time and the most significant private building of its time.

458 aircraft – 311 Halifaxes, 131 Lancasters, 16 Mosquitos – of Nos 4, 6 and 8 Groups to Mainz. 1 Halifax and 1 Mosquito lost. The target area Mainz was covered by cloud and the bombing was aimed at skymarkers dropped on Oboe. No results were seen by the bomber crews but the bombing caused severe destruction in the central and eastern districts of Mainz; this was the city’s worst raid of the war. 1,545 tons of bombs were dropped. 5,670 buildings were destroyed, including most of the historic buildings in the Altstadt, but the industrial district was also badly hit.

And that was the end of the Gutenberg Museum.

13 May This entry was published on 13 May, 2011 at 07:00. It’s filed under Gutenberg Museum, Mainz, The gates of the Gutenberg Museum and tagged Karl-Heinz Krause, Rainer Schell. Bookmark the permalink. Follow any comments here with the RSS feed for this post.