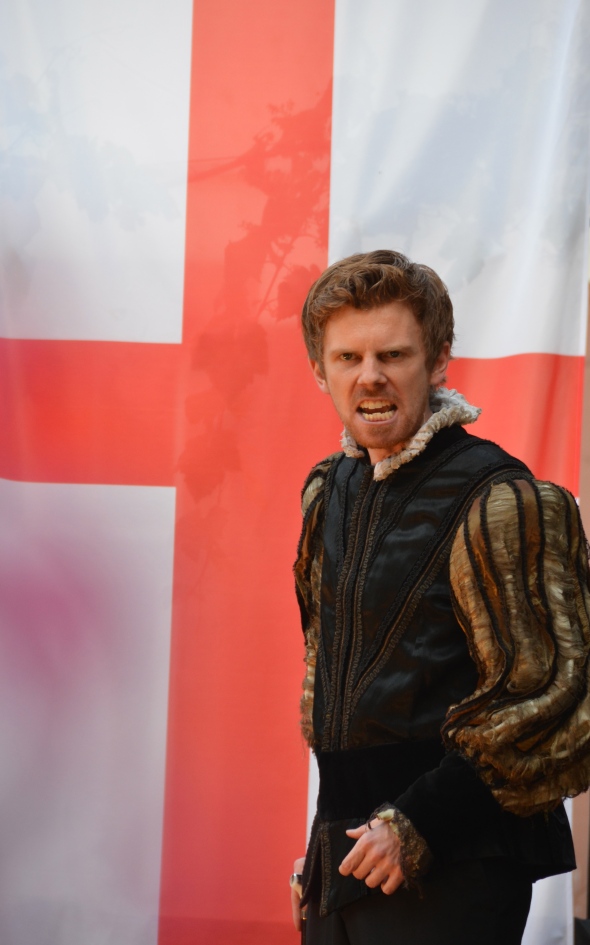 said Andreas Koch, the director in his introduction to Zettel’s Theater‘s superb performance of Richard III last Friday at the Geromont vineyard in Oestrich-Winkel.

“But quite a few murders”

“And you’re here for 3 hours – we’ve trimmed 2 hours already and if we shortened it further, it firstly wouldn’t make any sense, you’d never know what happened to the English royal family and we wouldn’t want to be responsible for your not knowing the correct answer on “Who wants to be a millionaire””

Friday was the premiere of their summer season (that runs through to mid-August in local-ish vineyards and churches) but you wouldn’t have noticed.

A Richard who oozed venom and spat malice, a Duchess of York who projected vengeance and retribution like a force field, not a fluffed line and an inspired battle scene.

“To-morrow in the battle think on me,
And fall thy edgeless sword: despair, and die!“

they surround him, he cries “A horse! a horse! my kingdom for a horse!” and dies by Richmond’s sword. 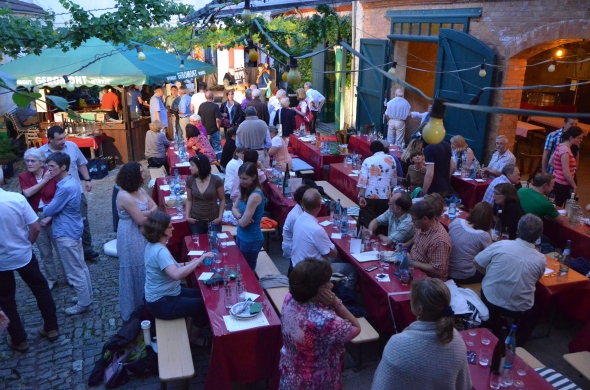 02 Jul This entry was published on 2 July, 2012 at 13:00. It’s filed under Culture, Mainz, NQM (Not quite Mainz) and tagged Oestrich-Winkel, Richard III, Shakespeare, Weingut Geromont, Zettels Theater. Bookmark the permalink. Follow any comments here with the RSS feed for this post.