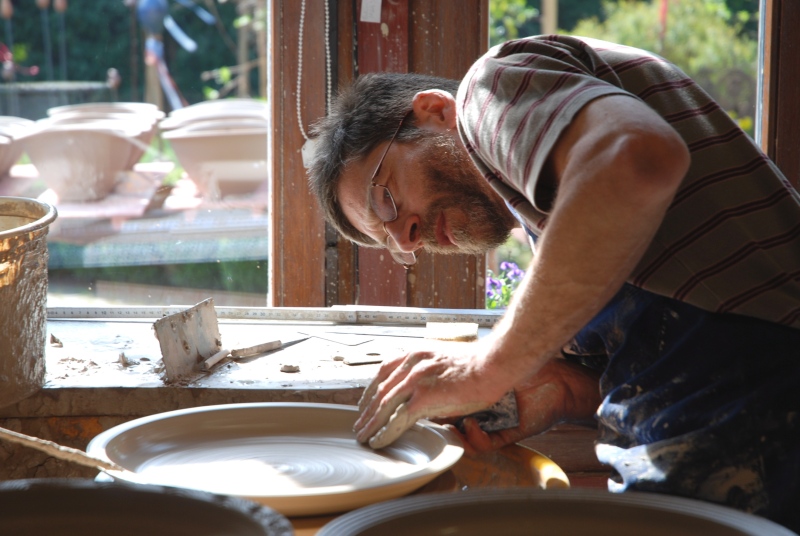 Frank Jung learned potting as a apprentice production thrower in a factory in Höhr-Grenzhausen, one of the centres of ceramics in Germany,

First, you do menial tasks (clean up after the journeymen potters, load and unload kilns) and then you’re shown how to throw pots.

At some stage, you can almost do it with your eyes closed and you’ll be able to produce a perfect piece every time.

You can still see that training in his work today.

We visited Frank and his wife Ingrid (know them quite well) with another friend, Jane Hamlyn, world-renowned and one of the great studio potters.

She looked at the perfection of his throwing (and she’s not too bad herself, as you can imagine..) and said “These plates are just so exquisitely thrown – I can’t believe how flat he gets the base”

Jane just gives him a look that says “Yeah, right….”

01 May This entry was published on 1 May, 2013 at 10:00. It’s filed under Art, Mainz, Monthly Theme Day and tagged frank jung, Jame Hamlyn. Bookmark the permalink. Follow any comments here with the RSS feed for this post.