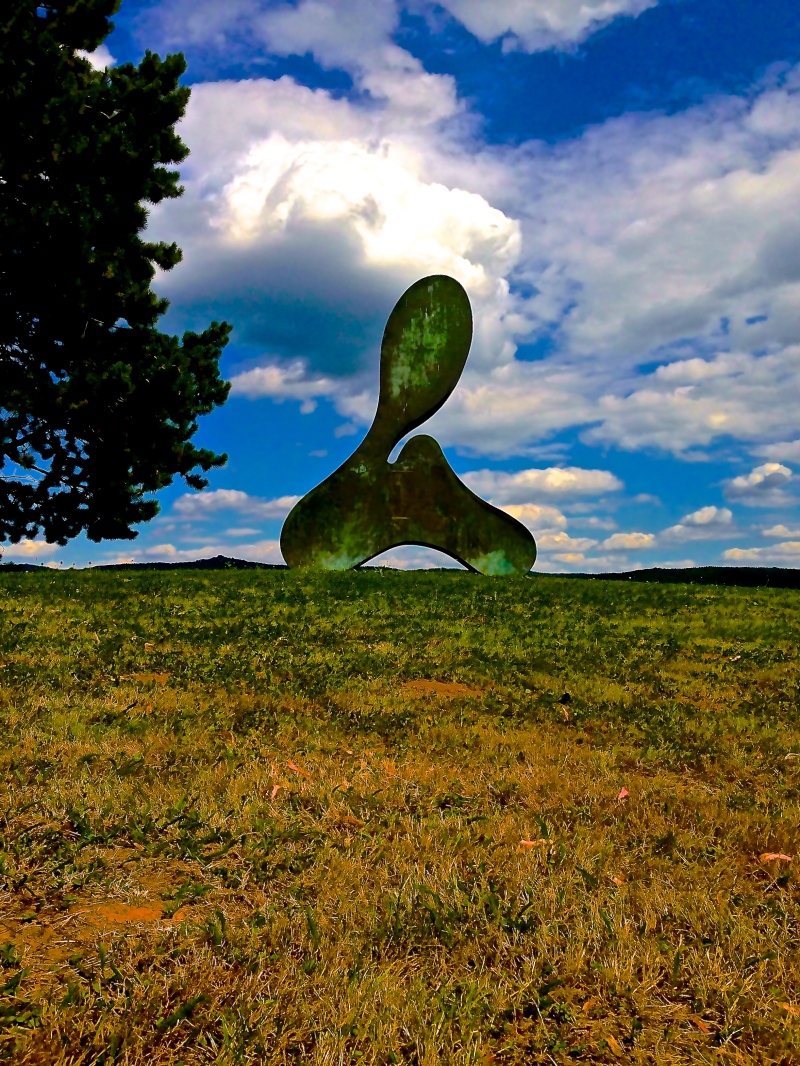 The Bell-Towerman’s Keys is a sculpture by Hans Arp.

It normally lives here in the concrete wasteland that is the forecourt of both the Rheingoldhalle and City Hall.

There’s a plaque documenting its temporary absence (and loan to the Arp Museum in Rolandseck, a 100 or so km down river).

The bit about “on loan until October 2012” has been conveniently hidden with adhesive tape.

They said the museum could keep it until Mainz decides what to do with City Hall, a 1973 structure that’s crumbling around the civil servants’ ears.

Ms jb put it rather well.

22 Aug This entry was published on 22 August, 2013 at 13:00. It’s filed under Architecture, Art, Mainz and tagged Arp Museum, Hans Arp. Bookmark the permalink. Follow any comments here with the RSS feed for this post.