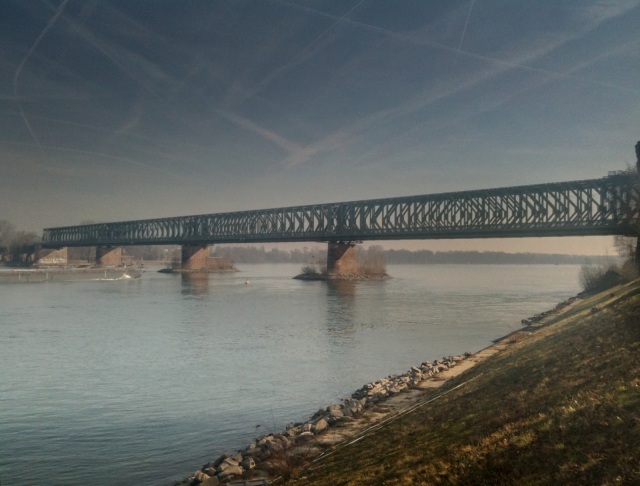 Sounds like a lyric from “Highway 61 Revisited”. (Who said speed kills…?)

Here be that bridge again with a severe paucity of cumulo-thingies, but a surfeit (that’s the collective noun of the moment) of contrails.

Effects courtesy of TrueHDR, which captures three ranges of brightness in an image, selects the best two and creates a single high dynamic range image.
[That’s what it says here, anyway – Ed]

22 Feb This entry was published on 22 February, 2011 at 12:00. It’s filed under Mainz and tagged Architecture, Transport, Weather. Bookmark the permalink. Follow any comments here with the RSS feed for this post.