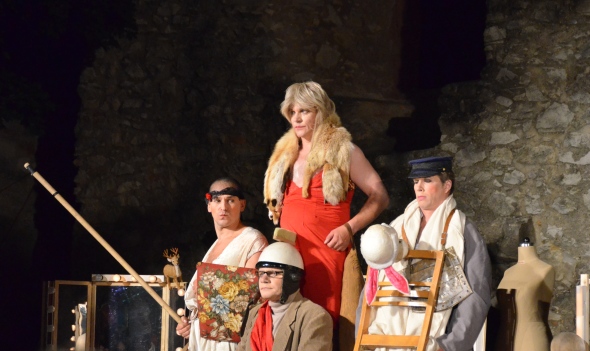 All played by 4 members of the Bremer Shakespeare Company in the ruins of the Landskron castle (built 1410, occupied by the Spaniards in 1620, the Swedes in 1631 and the French in 1689, the latter leaving it in its considerably munted state ) above Oppenheim.

Clear skies, not a breath of wind, 20°, a moon that looked like a slice of lemon.

10 Sep This entry was published on 10 September, 2012 at 13:00. It’s filed under Culture, Mainz, Region and tagged Bremer Shakespeare Company, Landskon, Love's Labour's Lost, Oppenheim. Bookmark the permalink. Follow any comments here with the RSS feed for this post.