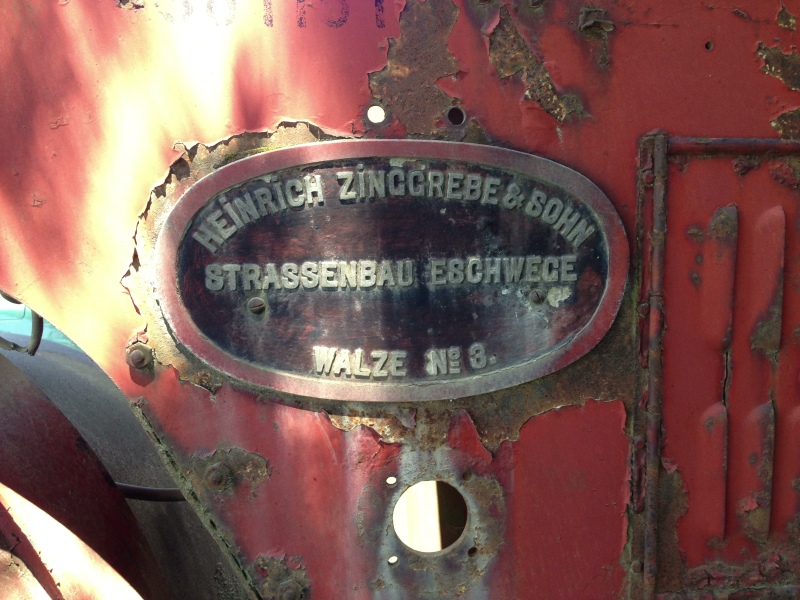 I stumbled over this very tired looking steamroller at the side of the road in Hechtsheim.

Made in the late 1930’s by Henschel for Heinrich Zinggreber of Eschwege, a company still in the same line of business (building infrastructure) as they were back then.

Henschel was a major manufacturer of big chunks of metal that went either fast (locomotives) or slow (steamrollers) and a lot in between.

Enforced inactivity after the war, they restarted production in 1948 and went through various iterations and owners, ending up being swallowed by Bombardier, a Canadian locomotive and aircraft manufacturer.

What’s interesting is that when you ordered one of these behemoths, they personalised it for you.

Almost like tattooing your phone number on your kid’s arm in case it gets lost….

02 Jul This entry was published on 2 July, 2013 at 13:00 and is filed under History, Mainz, Transport. Bookmark the permalink. Follow any comments here with the RSS feed for this post.