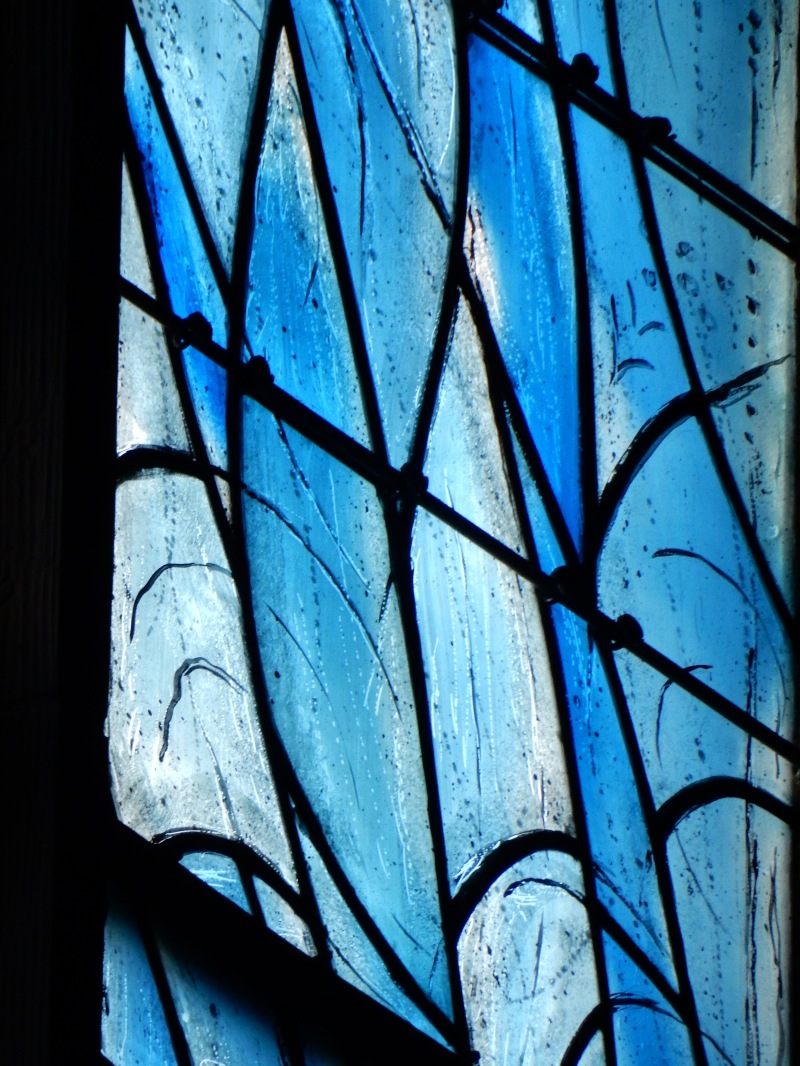 Me and Marc Chagall

This detail of a window designed (and perhaps even made) by Marc Chagall in the St Stephan church at the top end of Mainz always brings me back to a job I did between leaving school and heading off for an heroically unsuccessful career as an aircraft navigator with the Royal New Zealand Air Force.

Dad was a Senior Warrant Officer in the Army and was posted to a Quality Control team at the factory that made NATO ammunition.

He spoke to a couple of guys in authority and I started working in the 80′ high shot-tower, pouring molten lead through a perforated cast iron pan, turning into tiny perfect spheres as they made their way down to the water vat where they solidified and went on their merry way to create havoc during the duck-shooting season.

We also made lead came (or spacers or bumpers,) H-shaped profiles that we extruded from lead ingots of the right proportion of lead, antimony (and some other stuff that I’ve forgotten) which went off to make Tiffany lamps and church windows.

Which gets us back on track.

But it was a tricky job.

You’d set the hydraulic press at the right pressure so that the lead came was extruded at a manageable pace.

Take the extrusion with your (gloved) left hand and walk it down to the end of the coffin-like box, by which time my co-worker, Happy Cash, had snipped it to length, taken the extrusion and continued doing what I’d just done.

While I nipped back to snip it to length and start all over again.

Except when the pressure went haywire and the press spat out a curving snake of REALLY hot lead that wrapped itself around your (uncovered) forearm.

THAT made you jump.

05 Aug This entry was published on 5 August, 2015 at 08:00. It’s filed under Architecture, Art, Mainz and tagged Chagall, St Stephan. Bookmark the permalink. Follow any comments here with the RSS feed for this post.

Older: Broken bits
Newer: Cleanliness supposedly being next to godliness…..

2 thoughts on “Me and Marc Chagall”