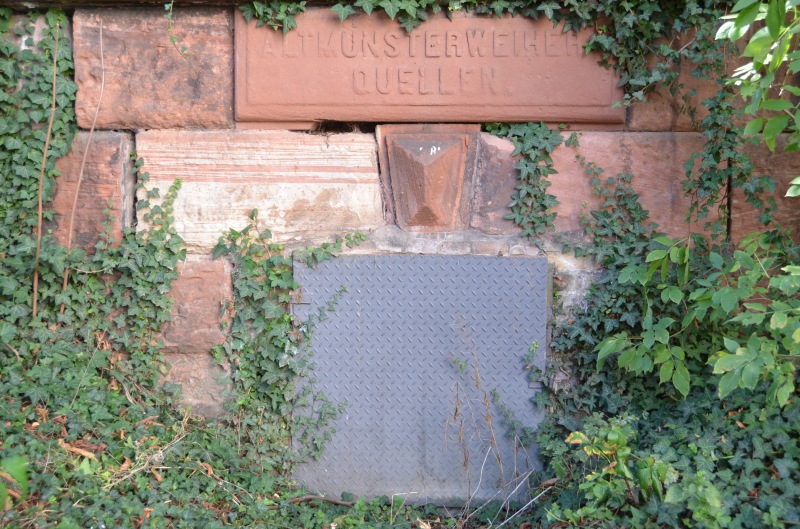 This was an option for Thursday.

I stumbled over an article by Michael Bermeitinger of the Allgemeine Zeitung dating back a year or so about a humungous chunk of concrete near the station in Mainz.

No entrance, no indication of its purpose, “Let’s get the sappers and blow a hole in it” said the Bundesbahn.

Until someone of an appropriate age popped their head above the parapet and said “I know what it is!”

It was an air raid shelter for employees of the Reichsbahn – at the first warning of an attack, they’d shunt the trains into the tunnel and pile into the shelter.

The alternative exit led to the Münsterstrasse through a passage that lead to the source of water for the Altmünster Brauerei (1864-1920 )in the neighbouring Walpodenstrasse.

Which is this picture

03 Oct This entry was published on 3 October, 2015 at 08:22 and is filed under Mainz. Bookmark the permalink. Follow any comments here with the RSS feed for this post.

One thought on “Shelter Part 2”