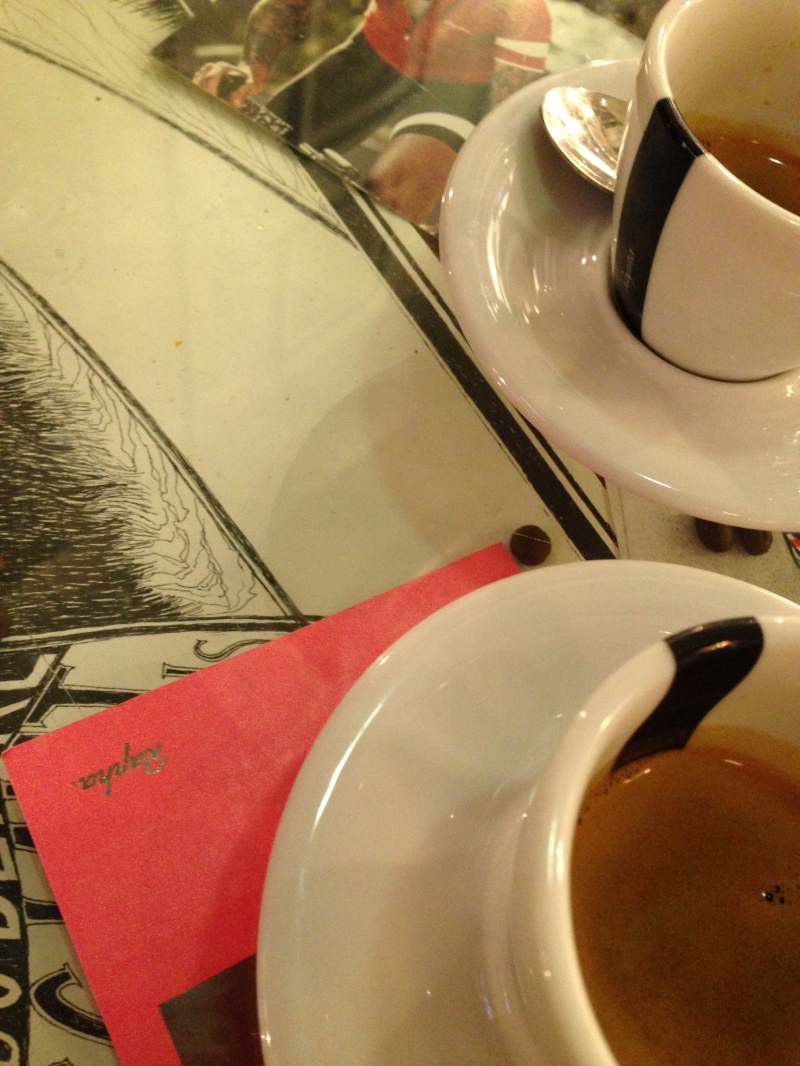 All roads lead to……

Paul Bonna, the proprietor of the excellent (but currently dormant) Kaffeekommune  in the Gaustrasse used to work as a barista at the Rapha Cycle Club in Brewer Street, Soho.

Called in last week to check it out.

Talk about serious stuff…. close your eyes and you’re think you’re in Amsterdam, with everyone clomping around in clogs until you realise that the customers are mostly wearing bike shoes that clip into the pedals.

Asked one of the baristas, Thomas from Hungary whether he knew Paul and he said “I never met him, but I’ve HEARD about him” as if observing to a deity-like  apparition.

Appears to have quite a repuation.

No surprises there, of course.

02 Jan This entry was published on 2 January, 2014 at 10:00. It’s filed under Away, Culinary, Mainz and tagged Brewer St, gaustrasse, Kaffeekommune Zwei, Paul Bonna, Rapha Cycle Club. Bookmark the permalink. Follow any comments here with the RSS feed for this post.